The Operational Oceanography Group at the Section in Oristano (G3O), of the Institute for the Marine and Coastal Environment (IAMC) – National Research Council (CNR), has robust and recognized experience in the field of Ocean Forecast Modelling for both open ocean and coastal areas. The G3O acts in the framework of the European network MOON (Mediterranean Operational Oceanography Network) – MedGOOS (Mediterranean GOOS) and of the Italian group GNOO (Gruppo Nazionale per l’Oceanografia Operativa). 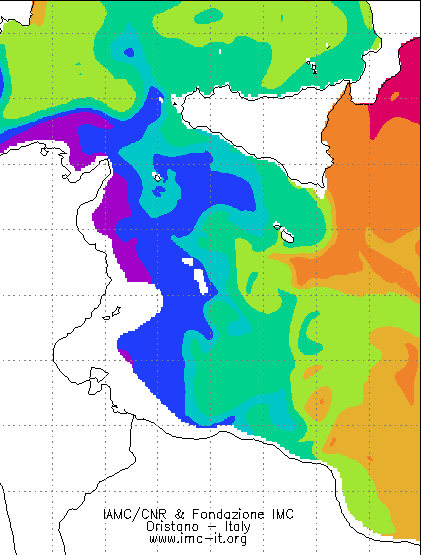 The activity of the Group is particularly focused on the implementation and use of nested ocean forecasting models based on different numerical methods (finite difference and finite elements), which are applied to both sub-regional (Sicily Strait and Sardinian Seas – Western Mediterranean, both visible as link from the page “SERVICES” of the MOON website) and local (coastal areas and lagoons) scales in order to provide an innovative approach to the management of the marine systems and resources. The research and scientific activities include the water current and wave field forecasting, the investigation of wind wave-water current interactions, the sediment transport and ecological modelling.

In particular, in order to investigate the impact of pollutants released into the marine environment, the institute can provide, by means of nested operational finite difference and finite element numerical models, the path and the fate of the released pollutants, both for open ocean and coastal areas. The proposed approach, based on integrated modelling, takes into account the main meteo-marine forcing influencing the pollutant transport such as the water circulation, the wind wave field, the direct wind forcing etc. These processes are numerically investigated at different spatial scales and resolution, ranging from few kms for the open ocean to few meters for coastal areas. 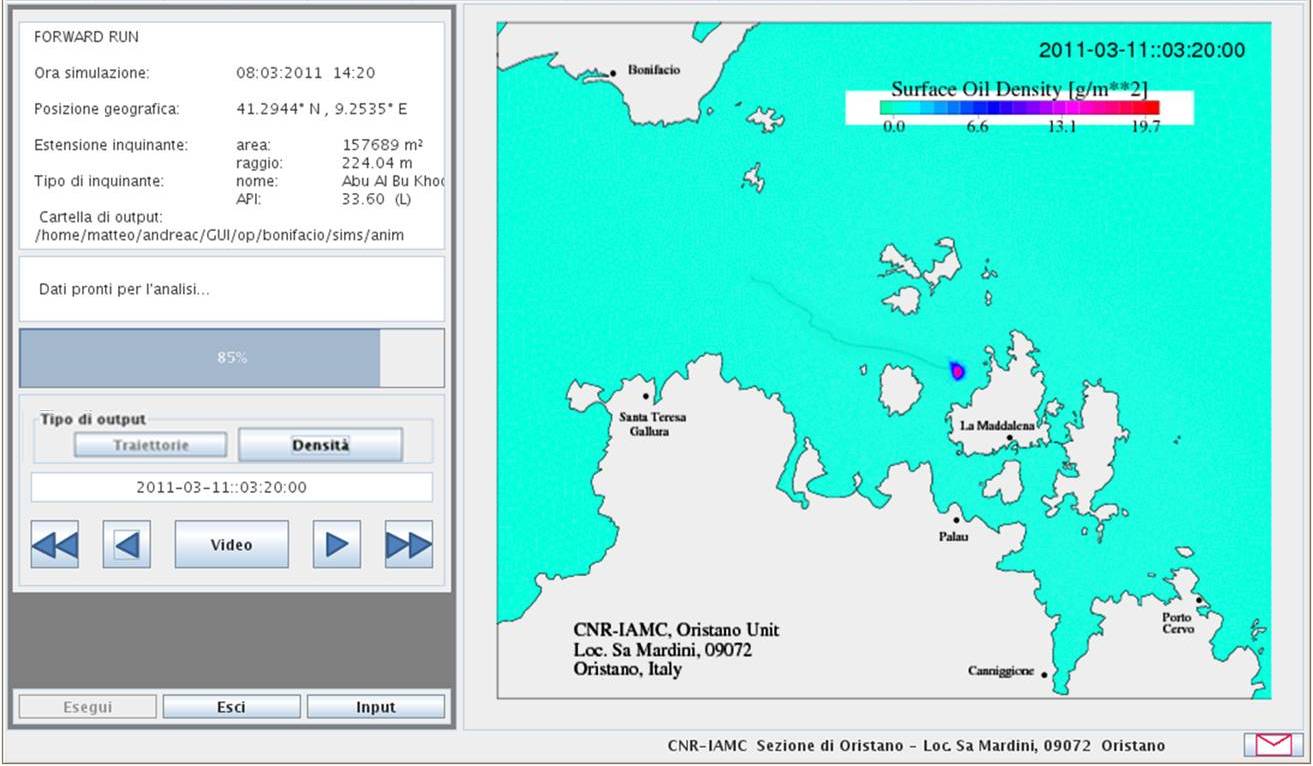 The simulations of the oil spill fate is carried out through a Graphic User Interface (GUI). The GUI is a user-friendly Java software tool that easily allows a user, also without any numerical skill, to create simulations of oil spill emergencies and directly interact with the oil spill module through a control panel and a map panel. The GUI guides the user through creation of an oil spill scenario, to run the simulation in backward or forward mode and analyse the results generated by the numerical simulations. Results generated by the numerical simulation are presented to the user in the form of animations and snapshots. In case of forward runs, results regard the trajectories and the density of the oil dispersed at sea, with the impacted parts of coast highlighted in red. In the case of a backward run, results regards only the trajectory followed backward in time by the oil spill. 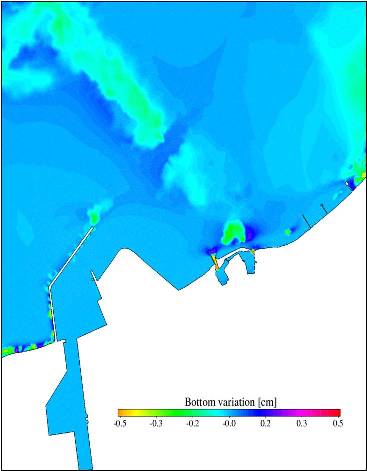 The Group has also developed coastal current & wave systems for the seas around Sardinia and in the Sicily Strait and several coastal models for services in harbours, evaluation of impact of infrastructures at sea, coastal areas management.

Apart operational oceanography, the research activities of the group are focused on various aspects of the physical oceanography of the Mediterranean Sea and its sub-basins, with a particular attention to the seas around Sardinia and Sicily. Numerical models outputs and ocean data from cruises are also used to study the characteristics of the general circulation, from seasonal to climatic time scale. 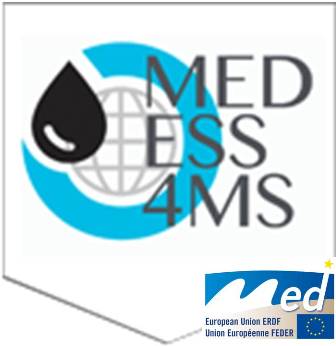 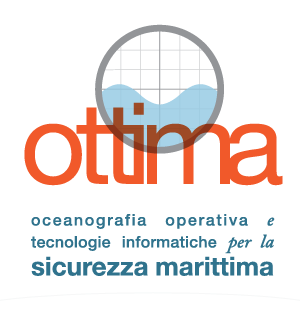 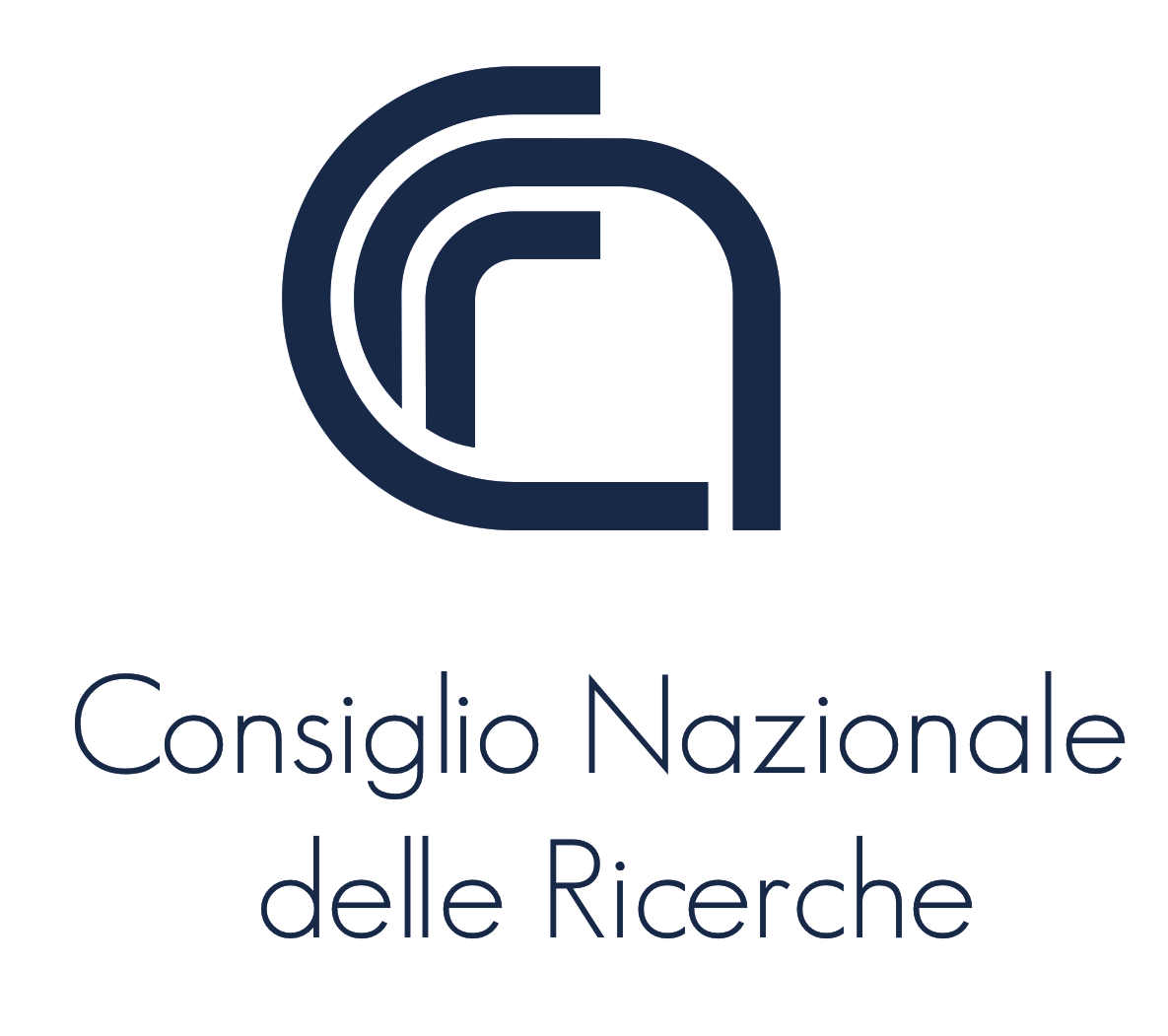 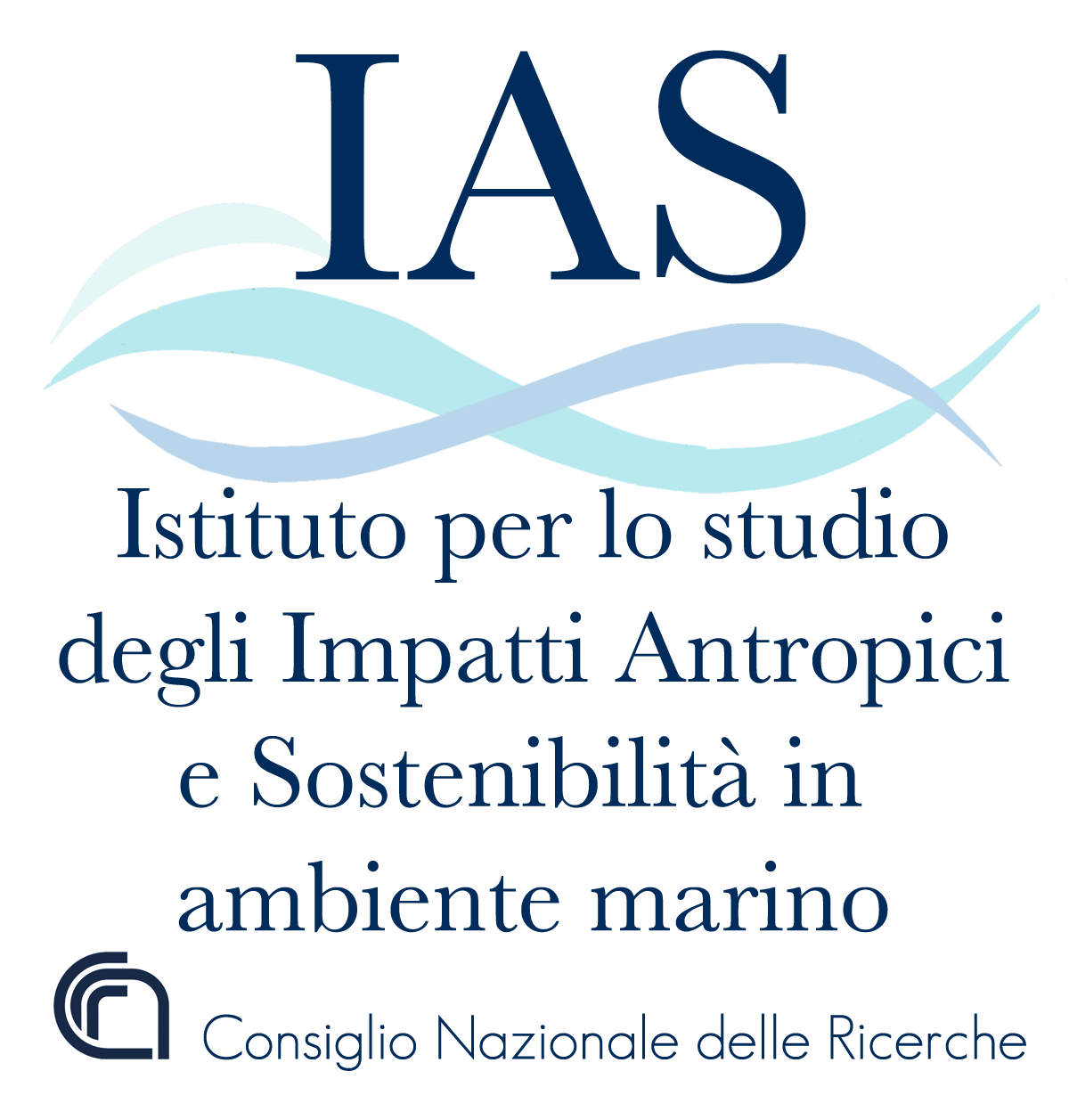